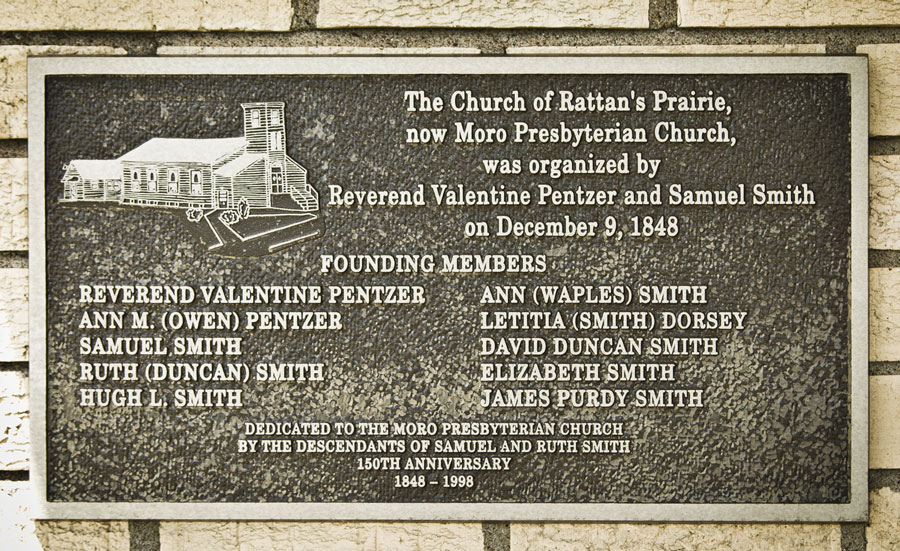 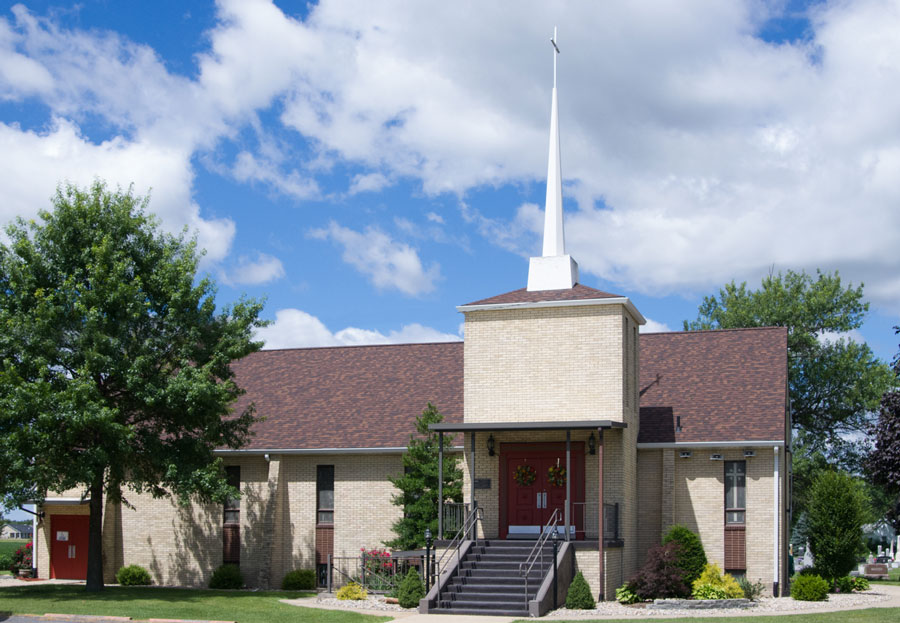 The Moro Presbyterian Church was organized on December 9, 1848 as the Rattan’s Prairie Presbyterian Church by The Reverend Valentine Pentzer with the following charter members; Samuel Smith, his wife Ruth, five of their children, and Ann Pentzer, wife of Reverend Pentzer. The congregation drew from the widely scattered early settlers and worshipped in a schoolhouse, in what is now Bethalto, until the original building was constructed in the fall of 1853. The church was a one room wooden structure which the community affectionately named “The Little White Church on the Prairie.” A belfry was erected during the Civil War and a bell from a Missisippi Riverboat cast in 1857 was placed in the tower. The name of the church was changed from “Rattan’s Prairie Presbyterian” to “Moro Presbyterian” on April 6, 1865, as it was the only house of worship in the community of Moro. On May 3, 1974, the members had to muster the same rugged pioneering spirit of their forefathers when the 121 year old church was destroyed by fire. Only the Steamboat Bell was recovered, and is our only remnant of our past. A year and a day after the fire, the new church was dedicated as living testimony of God’s work. The large Maple cross in the sanctuary took it’s final form with members of the congregation giving it a rough texture on May 30, 1975, when our new church was first used for Sunday Worship. The Celtic Cross that graces the exterior was made by Elder Robert Werts at his welding shop, and represents our unique Presbyterian heritage in the same location as our original little white church on the prairie. The windows contain 43 different crosses of the ecumenical tradition. All Christians can find a symbol of their faith within the windows of our church. We today are the same pioneering people as our forefathers; only we have a different frontier in front of us, the frontier of the people who need God’s Love, Liberation, and Reconciliation in Jesus. 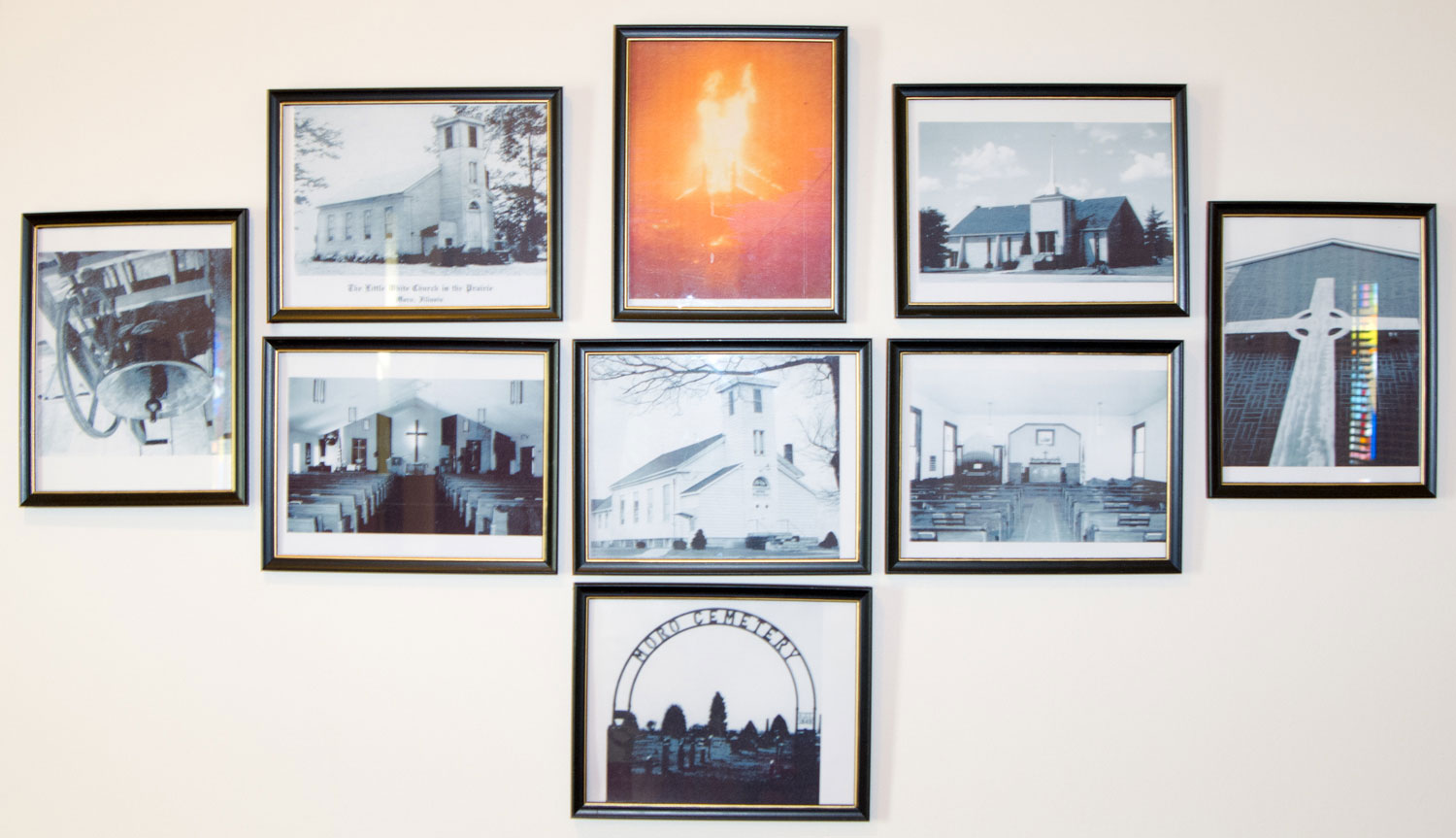